Places to visit in Kollam 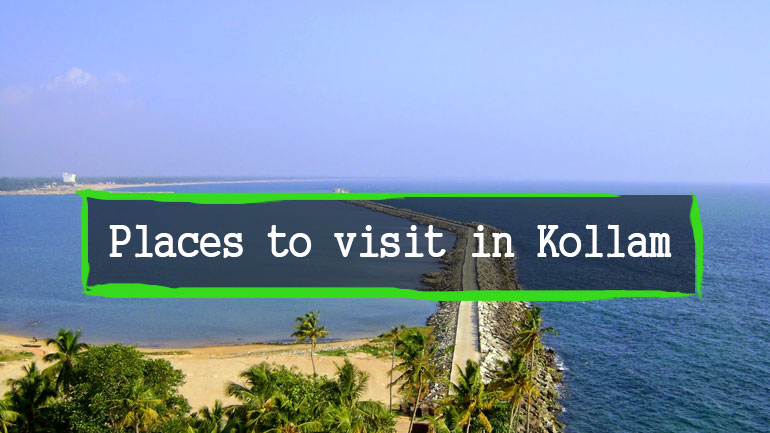 Kollam is a district among the fourteen districts in the state of Kerala. It is a place of magnanimous beauty and tranquillity. The Kollam town is extremely famous due to its scenic beauty amidst the water bodies especially lakes. The town is renowned for its cashew manufacturing and coir production. Kollam as per WHO is the second least polluted city in India. Kollam is basically a seaport town which has attracted tourists from a long time. Due to the serenity that the place has and the isolation that it offers to the people, this one of the most significant places to visit in Kollam.

In addition to the alluring beauty of Kollam, the place is also known for its rich historical background. Tourists are attracted to this place due to its ancient touch even today. From the bustle and bustle of city life, Kollam offers an escapade to a heavenly atmosphere. Tourists are definitely going to totally be in love with this place once they visit! There are abundant places of interest and this place just needs to be on your holiday list this time. Make your plan and bookings to enjoy your stay here.

Interesting and Amazing Places to See in Kollam

Plains, mountains, lakes, lagoons, forests, backwaters and rivers basically make the Kollam district. The place offers a variety in landscape and is a treat for the eyes any day. All of these can be found in various places to visit in Kollam. Kollam is one of those places in India which is extremely beautiful and requires more exposure for more tourists to visit.

Now let us look at certain geographical aspects of Kollam

Kollam with its diversity in topography surely attracts tourists each year. Kollam is known as the dreamland of Kerala and is an old seaport used since ancient times for trading purposes. The waterways are the lifeline of Kollam. The place has coined its name from the Sanskrit word Kollam meaning pepper.

Places of Interest in Kollam The lighthouse of Kollam was basically a centre of British dominance. It was known as the Dutch Quilon due to its attached importance with the Dutch who had settled for trading purposes. It is also known as the Thangassery lighthouse and is the tallest lighthouse of Kerala and second tallest in India. The Lighthouse was built by the British in 1902 and its visibility is till 13 miles in the sea. From the lighthouse a breathtaking complete 360-degree view of the Kollam town and city is visible. The height of the lighthouse is a stupendous 443 feet. Visiting this place provides a view from the topmost altitude and is a must for any trip to Kollam. 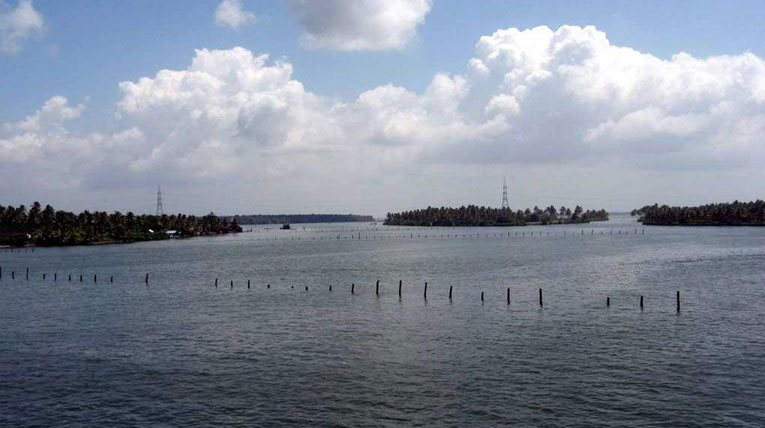 The Ashtamudi Lake in the Kollam district of Kerala is the perfect paradise for backwaters. The waters of this lake provide an unmatched experience while sailing through it. The houseboats and the cruise rides are a treat for any tourist. This is indeed a one in a lifetime experience. It is a unique wetland ecosystem also having environmental significance. The lake is eight coned and thus is the name Ashtamudi coined in local Malayalam language.

Ashtamudi is a wetland of international importance and is well maintained. A ride through the Ashtamudi is encompassed by the coconut and palm trees on both the side of the lake. This ride is something that one would cheer throughout life and this is another reason why we add the lake as one of the best places to visit in Kollam. Boat cruises take trips from Kollam o Alappuzha in the north. One added attraction of the Ashtamudi lake is the exquisite presence of a cluster of eight islands known as the Munroe Island situated at the meeting point of Ashtamudi lake and Kallada river. A ride through this heavenly pathway makes the tourist also witness locals carrying out their occupations such as fishing, coir making and others. 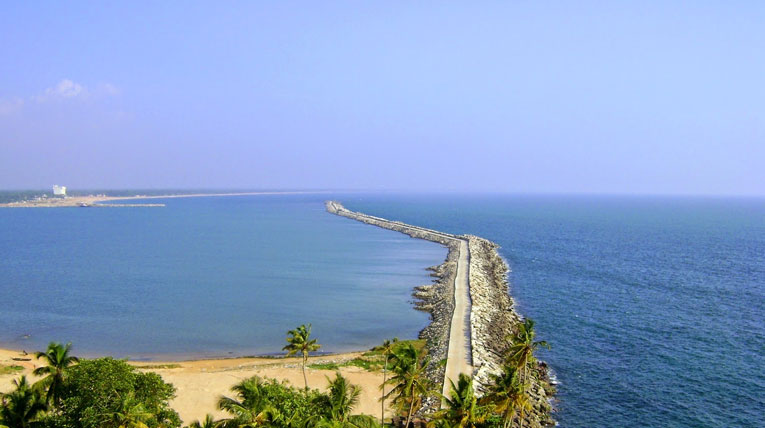 Chavara is mainly industrial in the Kollam district of Kerala. The Ashtamudi lake flows through it and Chavara is located on the shores of Arabian Sea. Due to it’s proximity to the sea and abundance of water supply, a cluster of industries have grown in this place. Due to the availability of sand and titanium from the beaches along with other mineral deposits industries have flourished in this region. It is a place of tourist interest due to the presence of industries like Kerala Mineral and Metal Factory, Titanium Complex, Indian Rare Earths and others. This place is an added bonus giving a different view of Kollam.

Visit Kerala The Land Of Beauty And Relish Your Stay Here! 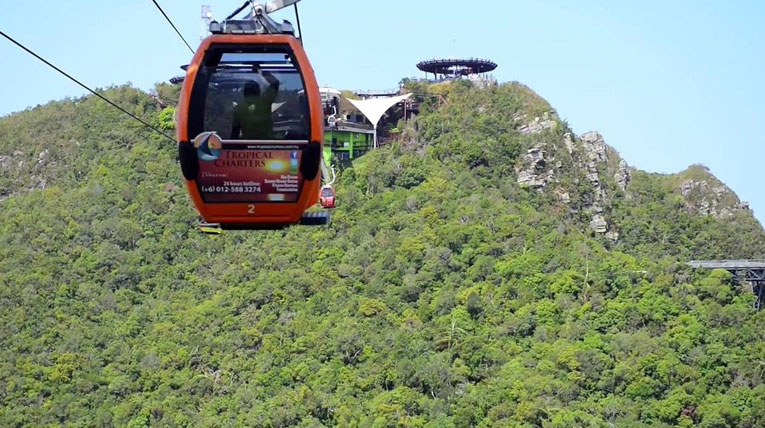 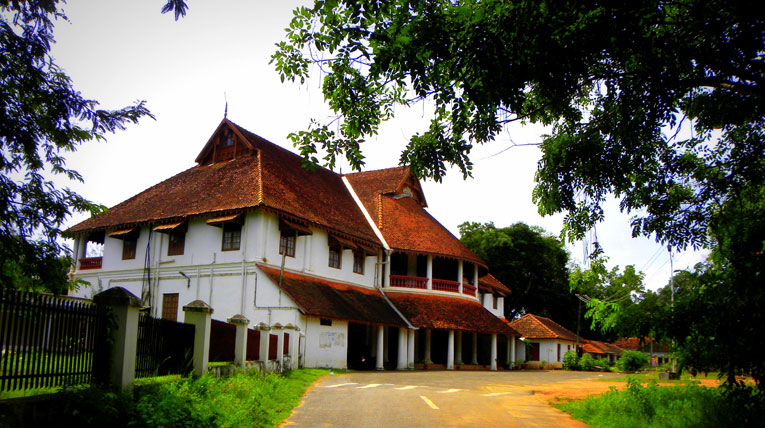 This is a famous location in the park which has been of immense importance hosting guests and also several movie shootings. It is basically a palace which is two-storied and situated at the Picnic Village Campus. 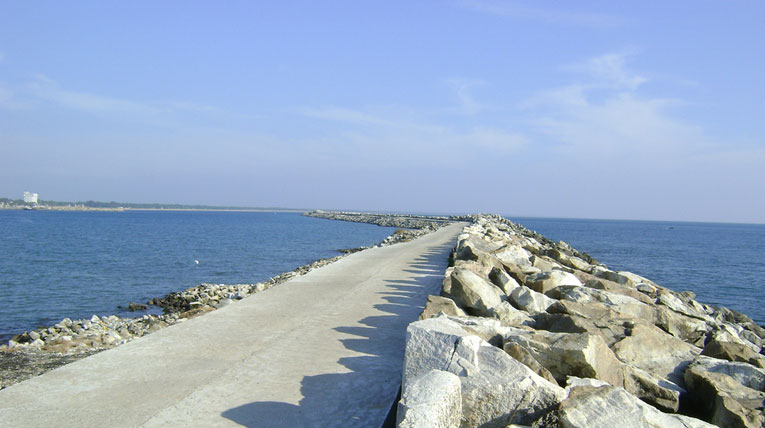 It is a place of importance in the Kollam district of Kerala due to ancient Portuguese forts and churches. It is a place having a historical background and cultural significance. The lighthouse is an attraction which is open for tourists from 3:30 to 5:30 p.m. The temple is one of the ancient sacred temples near Kollam city. It is one of the 108 temples built by Saint Parasurama in Kerala. The sculpture of Vyala which is a giant monster sculpture is a definite attraction here. There are several inscriptions which are of historical and mythological importance as well. The ambience is calm and serene which is the unique feature of this temple. 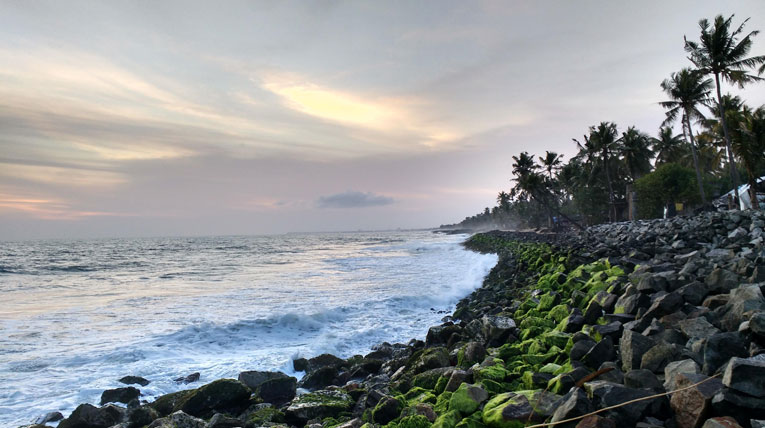 It is a village in the Kollam district of Kerala basically famous for its holy shrines and temples. Several temples, mosques and churches are located here the noted being the Subramanya temple among the nine temples at Umayanalloor. The most attractive spot in Mayyanad is the place where the lagoon meets the sea as it is simply mesmerising to watch. The sea beaches are a place for retreat too. Frequent bus services from Kollam to Mayyanad is available. 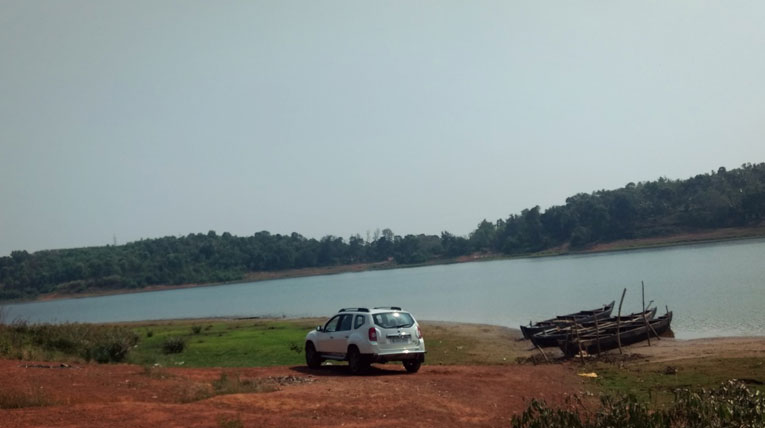 Sasthamkotta is geographically bounded by hills and valleys. There is a presence of freshwater lake amidst the hills which are a splendid beauty! The freshwater lake in Sasthamkotta is one of the largest in Kerala. The town has coined its name from the ancient Sastha shrine which is an important centre for pilgrimage. It is connected to Kollam via bus services. The PWD Rest House is there for accommodating the visitors in Sasthamkotta. 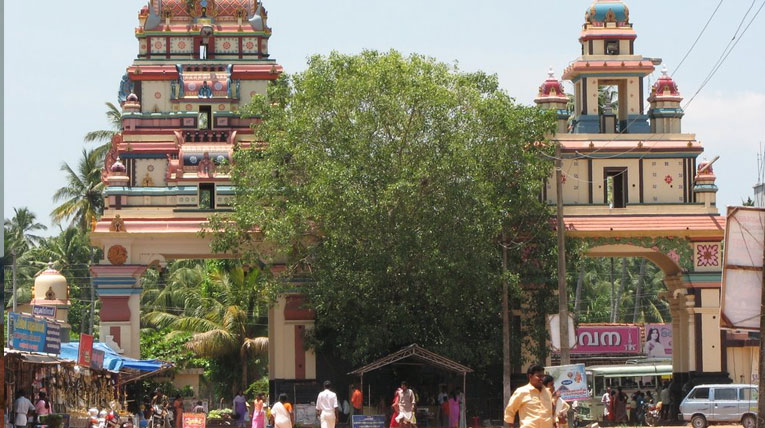 It is situated 34 km north of Kollam town. The place has got its name from the famous annual Ochira Kali festival in mid-June. This place is primarily a pilgrimage centre and the astounding feature is the absence of any deity or idol in the temple. The famous Parabrahma temple is one of them which beliefs in the worship of universe and global ideas instead of any particular idol.

Apart from that, tourists come down to witness the Ochira Kali festival where men are all decked up as warriors and they stage a mock fight. A martial dance is performed where the main striking feature is men performing in knee deep water with ammunitions such as swords and shields making it look like a real fight in the water. Tourists naturally get attracted to this enactment and thus this place has become a hub of tourism. There are frequent bus services operating from Kollam and Alappuzha. This town is situated nearly 64 km from the Kollam town. This place is situated in the forest range of the Thiruvananthapuram-Shenkottai Road. The basic attraction of this place is the reserve forest which holds the exotic Freshwater swamp variety one of the largest of it’s kind. The place also has mythological importance for its holy Sastha temple. In the month of April/May, the Vishnu Mahotsav festival is hosted which is of prime importance attracting tourists from all over the country adding more reason to why this place must be treated as sightseeing spots in Kollam. In addition to frequent bus services, there is also the Thenmala rail station situated 10km from this place. 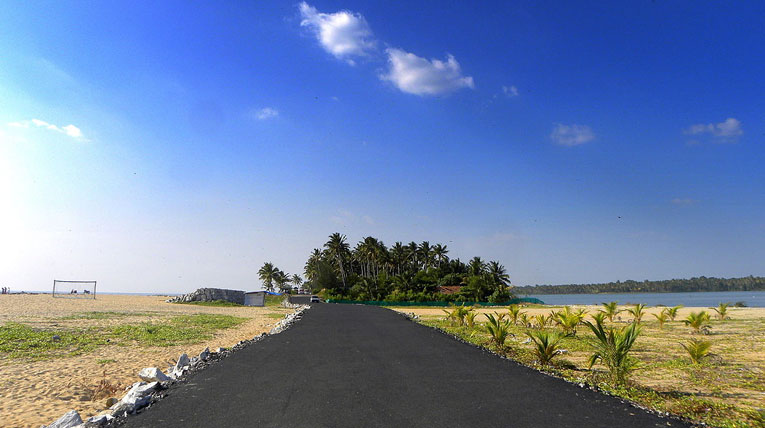 Paravoor is a thin strip of land entwined between the backwaters and the sea, situated 20 km from Kollam. This place has good connectivity by road and railways both. The very renowned Varkala beach is also situated close by at a mere distance of 15 km from Paravoor.

Museums To Palaces To Waterfalls, Kollam Has It All 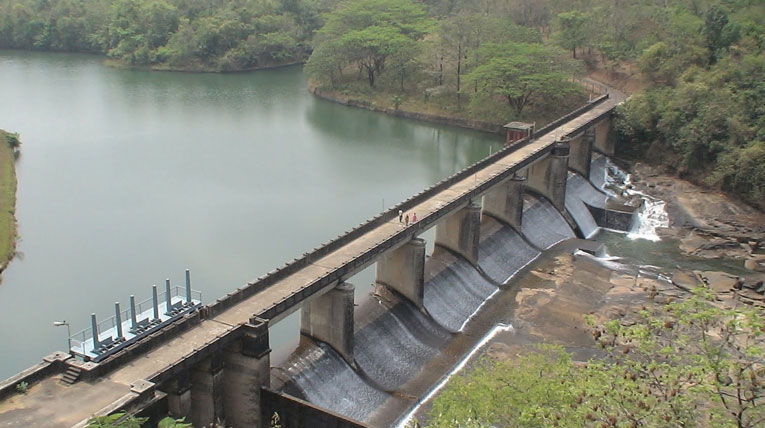 This place is situated 66 km east of Kollam, it is a known dam site hosting several projects. Thenmala is covered by thick forests and plantations of tea and rubber. This is India’s first planned eco-tourism site. The word Thenmala has its meaning as Honey Hills. For the visitors, there are special places of retreat offering exotic cuisines from Kerala. Various adventure sports, parks and leisure areas have been created to attract more tourists each year. The Thenmala deer park is another added tourist centre apart from the others and the Thenmala rocks are said to be very old nearly 5000 years old. 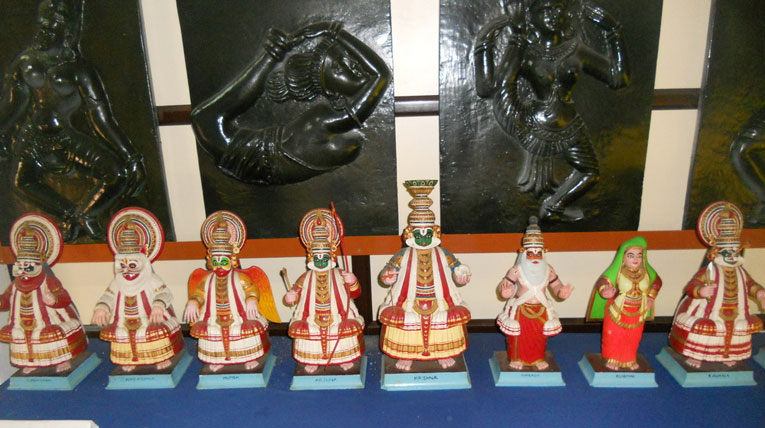 This museum holds severe cultural importance as the origin of Kathakali dance form can be traced right from here. Various Kathakali models, dance forms, ornaments, very rare musical instruments and dance sculptures are found here. Basically apart from Kathakali other dance forms originated from South India such as Mohiniattam, other classical forms, and 108 dance song models can be found here. The Thevally Palace is a place of historical importance located on the banks of ashtamudi. This place is about 26km north east of Kollam city. This place holds the Sasthamkotta lake and is surrounded by mountain on three sides with the lake flowing through it. Indeed for the tourists, this place is a splendid beauty. Aryankavu is situated 70 km from the town of Kollam. This place is again famous for its shrine dedicated to lord Sastha. The month of December hosts two festivals here and they are the Mandala Pooja and Thirukalyanam. There is a tourist hike around this time. 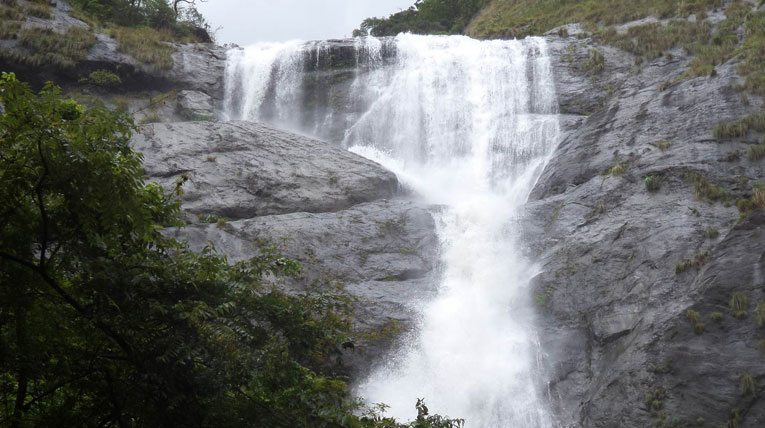 Palaruvi waterfall is a place for major tourist activity. The name means “milky stream”, intending that the waterfall is crystal clear while flowing down the rocks from an altitude of nearly 300 feet. Bus services are available.

These are some of the most enchanting places to visit in Kollam! In case you want to get any clarification or you feel that something must be added in the list, feel free to get in touch with us.

Kerala Tour Packages Guide is one of the fastest growing tour operator in Kerala. We help foreign tourists and Indian tourists to enjoy Kerala. Our Expert tour coordinators will help you to choose the best destinations, hotels, houseboats in Kerala.