Places to visit in Calicut CALICUT – The ancient city of spices

Calicut also known as Kozhikode is a city that lie in the Malabar Coast of Kerala and was once called the “city of spices” for its role as a major trading point of eastern spices.

Kozhikode has a long recorded history according to which the Arab merchants have traded with this shore for as early as the 7th century. Later the Portuguese explorer Vasco da Gama set foot on Indian soil at Kappad in 1493 and opened a trading route between Europe and Malabar.

It was once the capital of the Samoothiris (Zamorins) of Calicut and later also became the capital of the Malabar district under the British rule. In 2012, Kozhikode was named the “City of Sculptures” or “Shilpa Nagaram” due to the number of architectural sculptures located in various parts of the city.

The land of rich traditions and cultures, Kozhikode is the home to the folk songs and ballads known as “Vadakkan Pattukal” which celebrate the valor and might of “Kalarippayattu” and its champions. The land and the lives of its people are also deeply entwined with Ghazals, Hindusthani music and football.

Kozhikode is famous for its cuisine which includes the Kozhikkodan biriyani, chattippathiri, irachippathiri, pazham nirachathu, unnakkaya, sulaimani etc. which are mouthwatering dishes indigenous to the land.

Kozhikode is a land of amazing food, warm people and a long history to boast of and hence definitely finds a place in the tourism map of Kerala.

Places to visit in Kozhikode 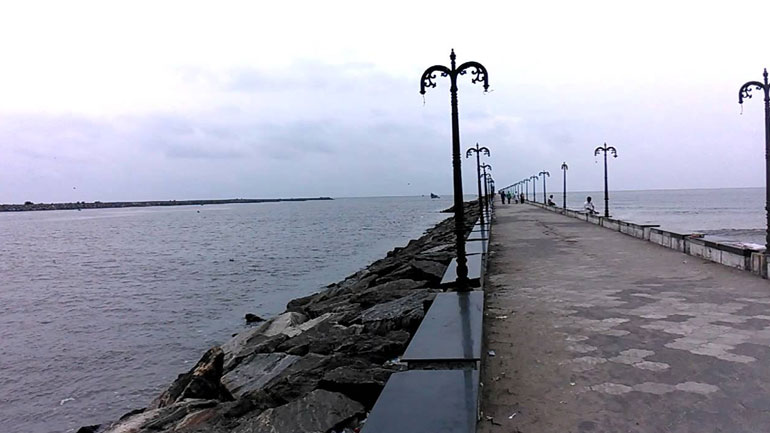 Situated just about 10kms outside the town of Kozhikode, Beypore beach is a must visit spot for nature lovers, adventure junkies and history buffs. This estuarine beach formed at the mouth of Chaliyar River was once a port bustling with trading activity with the Middle East, China and Europe etc. The remnants of these golden times still thrive in the hearts of every “kozhikkodan” malayali.

One major attraction here is the 1500 year old traditional ship building industry. The large dhow- type wooden ships built here are called the “uru” in the local language, every one of which is still meticulously handmade.

The charming beach is often visited by tourists looking to indulge in adventurous activities like surfing, paragliding and kayaking etc.

Beypore beach also attracts people because of the Beypore pulimuttu, a rocky pier extending 1 km into the sea. A walk down this pathway will transport you into another universe.

Be it a quiet evening getaway or a fun filled afternoon that you are looking for, Beypore beach is just your place.

It is at a distance of 22kms from Calicut International airport. The nearest railway station is Feroke which is 4kms away. And main train station is Kozhikode which is 9kms away.

Other important beaches in Kozhikode: Situated just around 1km east of the Kozhikode railway station, Thali temple is one of the most revered temples dedicated to lord Shiva in the state.

This 14th century temple built by Swamy Thirumalpade, samoothiri (Zamorin) of Calicut is a treasure trove of the cultural and social history of Kozhikode town.

The jyothirlingam in the sanctum sanctorum is believed to have been installed by Parashurama, creator of Kerala during the end of Dhwapara yuga.

The temple is a fine example of the traditional temple architecture of Kerala. The Dwajasthambam, aanakottil, the gopuram, the deepasthambham etc. are only some of its architectural details.

The annual cultural and intellectual festival Revathy Pattathanam, where Pundits, Poets and Philosophers used to take part is still celebrated here every year.

The Tali temple is situated about 22kms from Calicut International Airport and 1km from Kozhikode Railway Station.

Other important temples in Kozhikode: 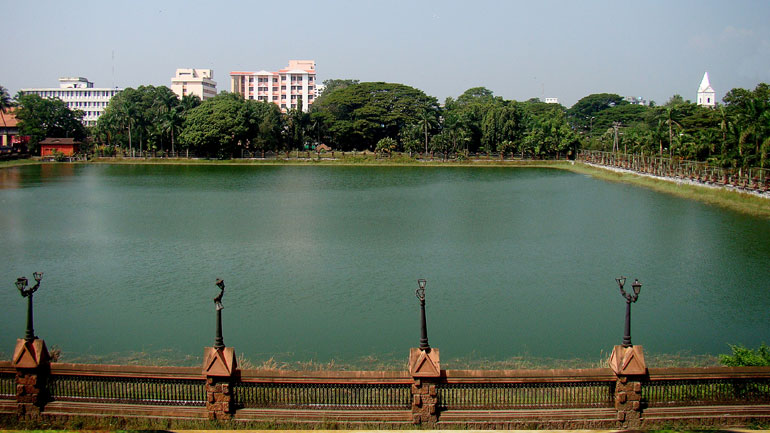 Mananchira square is a park complex surrounding the Mananchira Lake, which is a man made fresh water lake built as a bathing pool by the Samoothiri (Zomorin) of Calicut Mana Vikrama in the 14th century. The Mananchira Square was opened in 1994.

The sprawling estate, converted into the park is 3.49 acres in area and is covered with trees and plants and meticulously landscaped lawns. It also has an artificial hill, an open air theater and a musical fountain which attract people.

Located in the heart of Kozhikode town, it is surrounded by Traditional buildings in Kerala architectural style – including temples, mosques, churches and traditional houses. Mananchira Square is an ideal location for a relaxed evening.

It is located about 28kms from Calicut International airport and 2kms from Kozhikode railway station.

S.M. Street (Sweet Meat Street) or the Mittai Therivu is the most happening street of Kozhikode which is always bustling with activity. The famous “Kozhikkodan” halwa (sweet meat) shops line either side of the street along with many other items from the “malabari” kitchen.

Located adjacent to the city landmarks of the railway station, town hall and Mananchira square, it is the nerve centre of Kozhikode.

Evening walks though here, which are the busiest hours of trade is an experience in itself. This narrow street will be brimming with activity, colorful sweet meat, the most sought after delicacy here, will be on display. Shops which have been part of this landscape for more than a 100 years, serve Kinnathappam, banana chips etc along with the “Kozhikkodan” halwa.

It is situated at a distance of 25kms from Calicut International airport and 500meters from Kozhikode railway station. 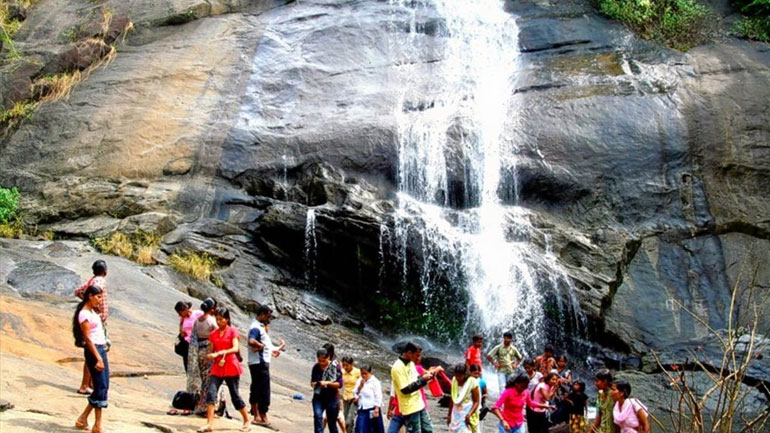 The name “Thusharagiri” means snow capped mountains in Malayalam. Just as the name suggests land and water together form a breathtaking view here.

Two streams originating from the Western Ghats join forces here to form the Chalippuzha River, and the river diverges into 3, highest of which is the Thenpara which falls from an altitude of 75meters.

These waterfalls attract many tourists, nature lovers and trekking enthusiasts.

It is situated at a distance of 50kms from Calicut International airport and 50kms from Kozhikode railway station.

Other important waterfalls in Kozhikode:

Named after its builder an Arab merchant Nakhooda Mishkal, the Mishkal mosque was built in the late 13th or early 14th century and is one of the oldest mosques in Kerala.It is situated at Kuttichira near the shoreline which once attracted traders from all over the world.

The mosque was attacked and burned by the Portuguese in 1510. The originally 5 storied structure was reduced to 4 stories during the reconstruction.

It is highly influenced by the traditional temple architecture of Kerala with the arched gopurams and the lack of Islamic style minarets or cupolas. The ceilings and pillars have the most brilliantly done wooden carvings. The main prayer hall is huge and can accommodate 300 people at a time.

It is located at a distance of 27kms from Calicut International airport and 2kms from Kozhikode railway station. 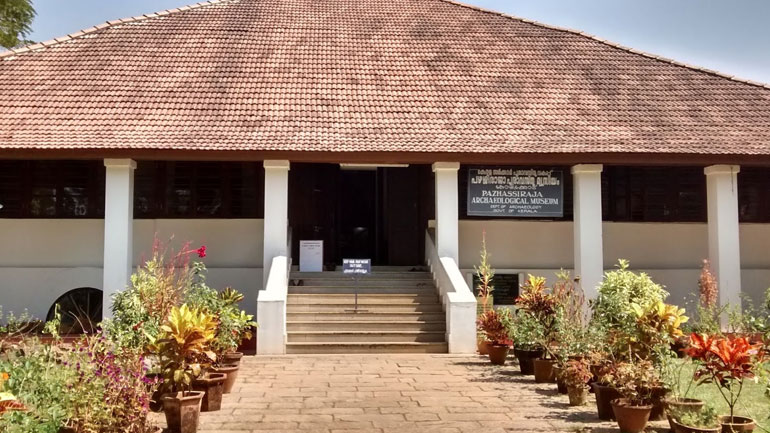 Built in Kerala architectural style the building which houses the Pazassiraja Archaeological Museum and Art Gallery was constructed in 1812. It was then known as the East Hill Bungalow which was used as the residence of the British Collectors of Kozhikode.

It was here in this very building that Malabar collector William Logan was killed during the Moplah Revolt. After Independence the bungalow was used as administrative offices.

It was converted into the museum in 1976 and was renamed as the Pazhassiraja Archaeological Museum in 1980 in honor of Kerala Varma Pazhassi Raja.

Pazhassiraja also known as Kerala Simham (Lion of Kerala) was one of the earliest freedom fighters in India. He was a member of Padinjare Kovilakam of the Kottayam royal family. He was the one who lead the famous Pazhassi rebellion against East India Company during the late 1700’s and is also credited for employing the guerilla warfare in the forests of Wayanad.

It houses a rich collection of historical artifacts dating between 1000BC and 200AD, including exhibits from the megalithic age and Indus valley civilization. Ancient pottery, toys, stone sculptures, umbrella stones, antique bronzes etc are some of them. It also has a collection of British war weapons.

The art gallery adjacent to the museum is house to the paintings of renowned painter Raja Ravi Varma who garnered international recognition for his works.

The Pazassiraja Archeological Museum and Art Gallery is located at a distance of around 32kms from Calicut International airport and 5kms from Kozhikode railway station.

Other important museums in Kozhikode:

The regional science centre and planetarium is located at the Jaffar Khan colony in Kozhikode. Functioning under the National Council of Science Museum, this facility aims at promoting science in Kerala, especially Malabar region.

It provides a number of facilities, activities and workshops to inculcate the young minds with a taste in science. The parabolic reflectors installed here, which carry your whispers from one end of the park to the other is one of the many activities that amaze the visitors.

The planetarium which was opened to the public in 1997 has seen a record footfall of over 6 lacks presenting 1200 shows annually. It has a sophisticated Zeiss projector which helps visitors in understanding the mysteries of the universe accurately. It is an informative and educational experience giving an insight into the planets, galaxies, stars and other astronomical objects.

It is located at a distance of 30kms from Calicut International airport and 4kms from Kozhikode railway station. 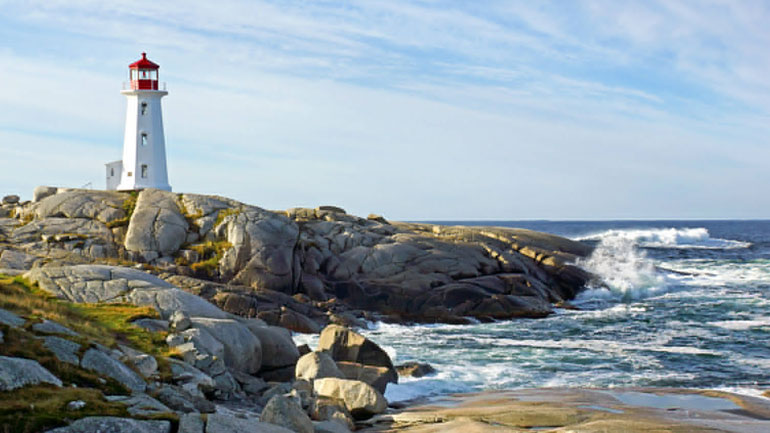 Thikkotti lighthouse, one among the most attractive monuments of Kozhikode is said to have been built over a ship wreck, remains of which can still be seen here. The lighthouse overlooks Velliyamkallu rocks off into the Moodadi coast.

One among the most fascinating remains of ancient Kozhikode, the place is a favorite spot for people looking to spend some peaceful time. It also attracts bird lovers as the place throng with migratory birds during the winter months of December – March.

The area near the lighthouse bathes in scenic beauty with the inviting blue seas to one side and lush green coconut and palm plantations to the other.

It is situated at a distance of 62kms from Calicut international airport and 37kms from Kozhikode railway station. 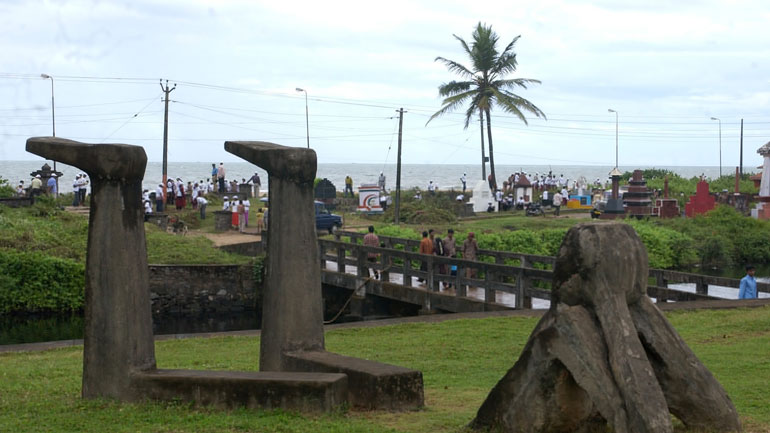 Situated near Kattooly in Kozhikode, Sarovaram or Sarovaram Bio Park is one of its kind in Karala established to promote the conservation of mangrove forests and wetlands.

The park is adjacent to Canoly canal in the heart of the city. These wetlands consist of large number of bird habitats. Identified as one of the 27 wetlands in India, it is a protected place to conserve the 7 types of mangroves as well as the other species of flora.

It is located at a distance of 31kms from Calicut International airport and 6kms from Kozhikode railway station. 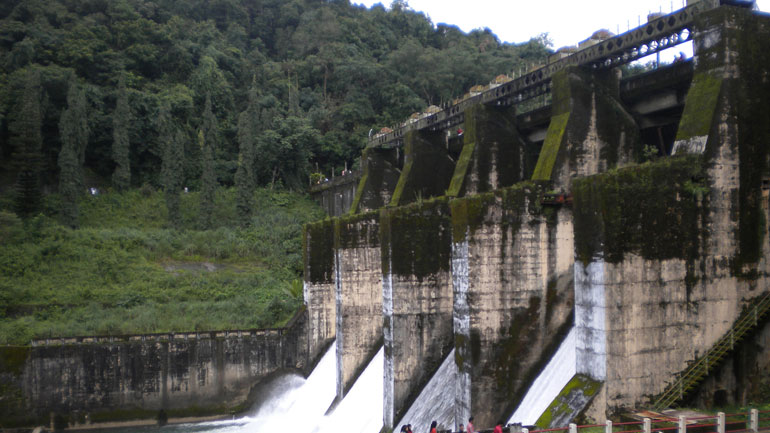 Peruvannamuzhi, a scenic village located 60kms from Kozhikode city is part of the Malabar Wildlife Sanctuary with a rich variety of flora and fauna. Peruvannamuzhi dam is situated amidst this.

Deemed as an ecological hotspot in the Western Ghats, the area surrounding the dam is home to over 680 species of plants and over 90 varieties of birds. The exotic surroundings and activities like the row boat, speed boating cruises etc. attract tourists.

The lush green of the surrounding forest, the calm of uninhabited islands and the serenity of the place invite locals and tourists alike to this destination.

The dam is situated at a distance of 70kms from Calicut international airport and 60kms from Kozhikode railway station.

Other important dam in Kozhikode is: